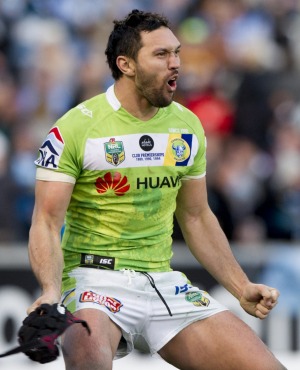 Ricky Stuart is a keen admirer of Rapana and recently told ABC Canberra Grandstand that the winger’s signature was his priority and that he was confident of getting a deal done.