Donut King thickshakes and Oporto: Blake Ferguson’s secret diet to get back for finals 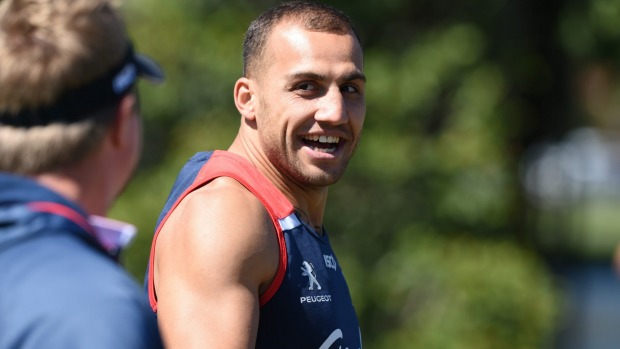 Sam Ayoub‘s client Parramatta flyer Blake Ferguson has turned to a calorie-laden diet of thickshakes and chicken burgers as the Eels speedster attempts to nudge back near his pre-season playing weight of 107kgs.

The Eels have cranked up Ferguson’s training load and calorie intake over the past fortnight as they condition the Blues speedster for a return to the NRL leading into the finals.

“Everything’s been ramped-up at training. It’s been like a mini pre-season to try and fast-track my fitness,” Ferguson said.

“I lost a fair bit of weight when I was in hospital so we’ve just been focused on putting it back on in a smart way.