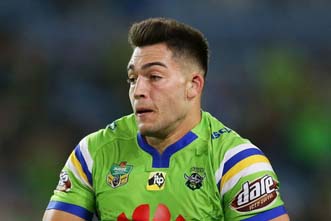 Sam Ayoub‘s clients Nick Cotric and Blake Ferguson were part of the article on ABC News that features the NSW Origin Team.

The Blues also had to bring in a replacement for winger Nick Cotric, who hobbled off late on in Canberra’s win over Cronulla with an ankle injury.